Oxen and villagers stepped on a set mine by TNLA 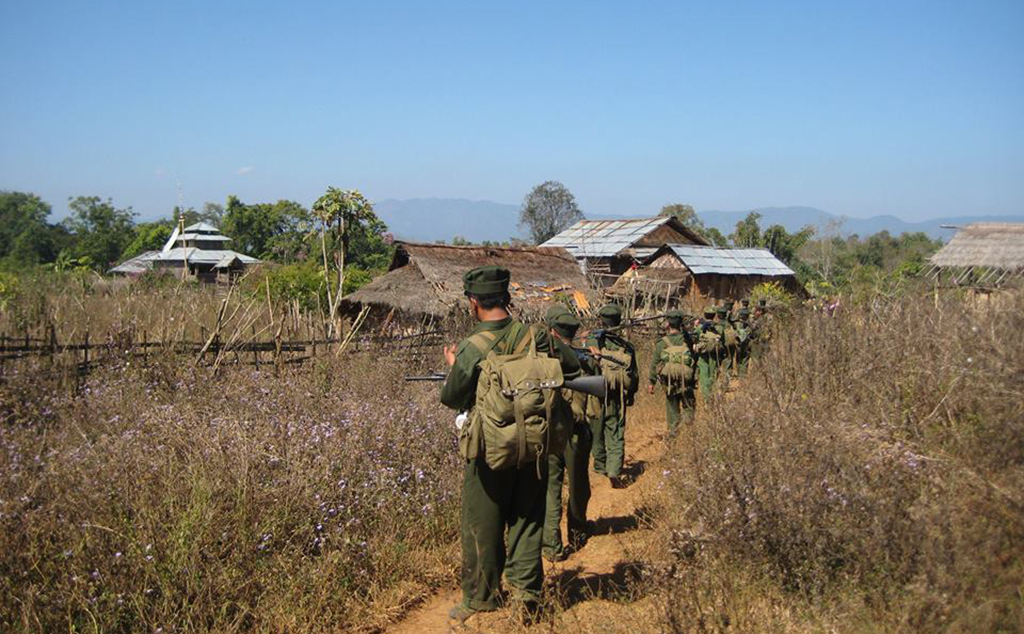 TNLA troop has been roaming around and plant landmines in the area of Gwan Salam region, Mong Ngor, a sub-township of Kyawkme where one of civilian’s bulls stepped on the grazing ground, and killed in the incident on 17 September.

The owner of dead cow is called Lung (Uncle) Zarm Guan and it happened while he was releasing his herd to graze outside Wan Dun San village.

Locals said that, “Three villages, such as Wan Dun San, Wan Kai Taw, Wan Gaung Tieng of Gwan Salam region have been asked to take turns and cook for TNLA compulsorily and send the meals to their bases till 19 September while their planted mines still stuck in the ground. Even Lung Zarm Guan has not been compensated for his dead bull.

On 7 September, TNLA arrest a young man, called Sai Arr San age 29 in his own house at Wan Nam Hai village, Namtu Township. His family are in anxious situations as he has not been released yet, said our source.