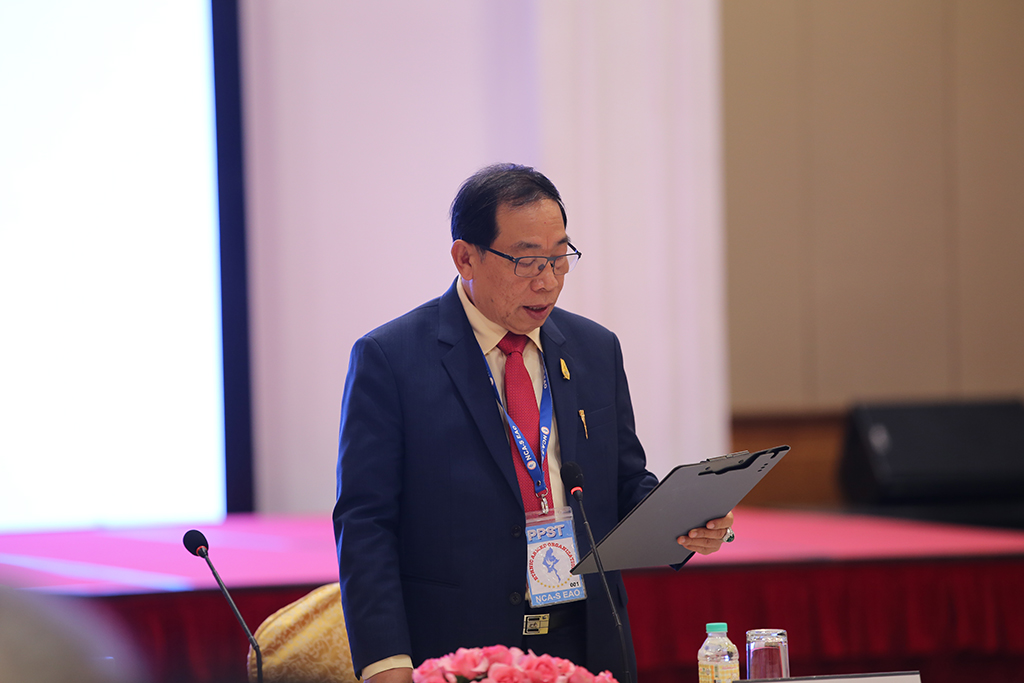 The long awaited Joint-Ceasefire Implementation Coordinating Meeting (JICM), which will be joined by State Counselor Daw Aung San Suu Kyi and leaders of 10 ethnic armed groups, will be held in Naypyitaw on Wednesday.

The meeting follows discussions between the government and representatives of the ethnic armed organizations (EAOs) in late December.

On Tuesday, the leaders of 10 EAOs that signed the Nationwide Ceasefire Agreement held a meeting of the Peace Process Steering Team (PPST) in Naypyitaw and their agenda focused on preparations for the upcoming JICM.

General Yawd Serk, the chairman of the Restoration Council of Shan State, urged his colleagues to try to work on achieving good results to move the peace process forward, saying that all those interested in the country’s politics, peace process and military affairs, are “waiting to see the results of the JICM.”

He said in his address on Tuesday that “the JICM is an important meeting to formally resume the peace process. It is our responsibility to establish the process and [make] decisions which are acceptable to both sides, and then we have to implement them.”

After being subjected to a travel ban in late October by the military, which caused the postponement of the JICM, Gen. Yawd Serk’s presence in Naypyitaw this time was a sign that the informal negotiation process on logistics and discussions was proceeding smoothly.

Khun Myint Tun of the Pa-O Nationalities Liberation Organization, one of the NCA signatories, told The Irrawaddy that representatives of both sides agreed during preparatory discussions that Jan. 8 would be the date on which they would finally hold the JICM, which is seen as a gateway allowing the formal peace process to move forward.

The latest preparatory discussions for the JICM were held on Dec. 22 at Yangon’s National Reconciliation and Peace Center (NRPC).

The 8th JICM was postponed after formal peace negotiations between the government and the EAOs stalled in late 2018. Without the JICM, the peace negotiations and conferences that are considered the stepping stones to establishing genuine federal principles for the future Myanmar are unable to convene.

The third session of the Union Peace Conference was held in July 2018, but key federal principles, including autonomy and the right of secession, were left out of the discussions.

“We all want the … 21st Century Panglong [Union] Peace Conference to resume, as this year Myanmar will be holding the 2020 general election and we need to lay out federal principles and the outline of how to build a federal Union beyond 2020,” Khun Myint Tun said.

Gen. Yawd Serk said NCA signatories must uphold the NCA’s principles, and that everyone needed to participate in building a federal union that ensures ethnic equality, self-determination and democratic principles.