Combat happens after protest at Kyaukme 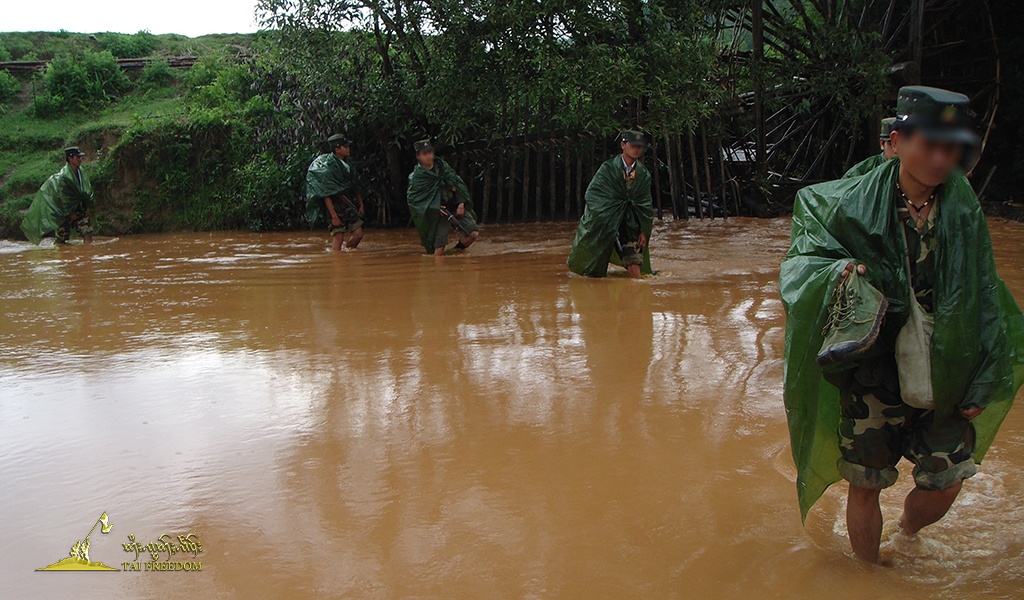 Burmese troops went into the forest and fought with troops of RCSS\SSA 3 days after thousands of Kyaukme villagers came out to protest against the Burmese military that killed an innocent villager in Kyaukme township, northern Shan State.

On July 14, the combat had happened between Nammow PhyLu and Goun Nyung villages in Kyaukme Township because Tatmadaw troops from IB 101 went into the forest and met with troops of RCSS/SSA.

No one from RCSS\SSA troops got injured but villagers near the conflict zone had to flee and took shelter at Goun Nyung Monastery.

Started from the last week of June 2020, as RCSS/SSA tried to hold a ceremony of the World Anti-Drug Day on June 26 in the territories, the Burmese military not only sent their troops to disturb the ceremony but also forced villager to guide them in the conflict zone.

On 29 June, a 56-year-old farmer (Loong Maung Khay) had to guide the Burmese troops to Pang Gaen village and he was accused of lying about other villagers and beaten until unconscious by the troops, and because the Burmese troops shot at Pa Nai Saii, an elderly woman, she got injuries at her waist and legs, and a 60-year-old Loong Suu who ran out of his house was shot dead on the spot.

On June 10, because Loong Suu was killed by the Burmese troops, thousands of villagers in Kyaukme township came out and demonstrated that they “don’t need a military that kills innocent people” and the information department of Burmese military also released a statement that the military would prosecute 3 villagers who led the demonstration on.

After the demonstration of Kyaukme villagers, the Burmese military had sent reinforcement to Northern Shan State, causing villagers’ fears.