Clashes between TNLA and Tatmadaw at Kutkai 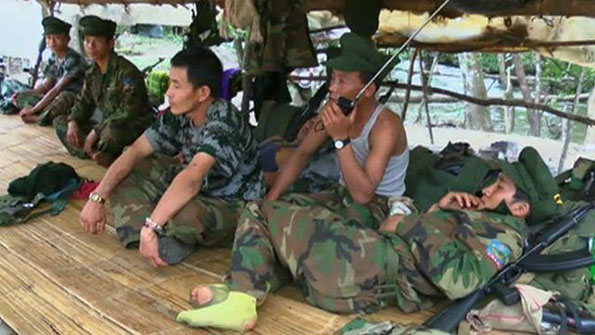 Burmese troops which is under Eastern Military Regional Command operating in Kutkai Township’s region, fought with TNLA (Ta’ang National Liberation Army) yesterday. That cause a blockage on Lashio-Muse transportation route.

Brigadier general Zaw Min Htun told RFA that locals had informed Tatmadaw that TNLA had been extorted money from them, that was the reason they have to inspect and clear the area then the fight began at 9:00 am to 9:05 am. But TNLA had retreat from the clash so soon.

An alliance of ethnic armed groups that has been fighting the Myanmar military in the northeast and west of the country has extended its unilateral ceasefire until the end of this year.The alliance comprises the Myanmar National Democratic Alliance Army (MNDAA), the Ta’ang National Liberation Army (TNLA) and the Arakan Army (AA).