Another two locals hit by mines 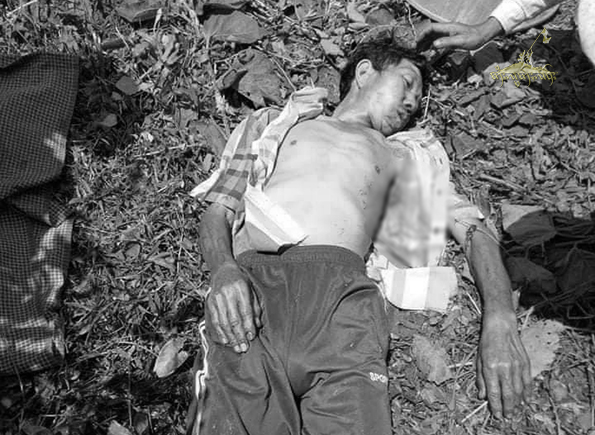 One was killed and one was heavily injured in the incident happened at 11:00 am.

The victim who lost his life called Lung (Uncle) Zar Aye of age 40 and the other one is called Mai Pang San of age 30 (according to Irrawaddy’s article). The blast happened to them while cleaning the bushes in the tea plantation.

On 7 September, there was also other blasts wounded the locals’ oxen whose are Lung Ti and Lung Thein of Wan Loi Pan Tarng village. Also, there was one local, named Lung Koi, lost his leg by accidently stepped on the mine planted by TNLA on 5 September.