A clash between RCSS/SSA and Tatmadaw at Mong Pan 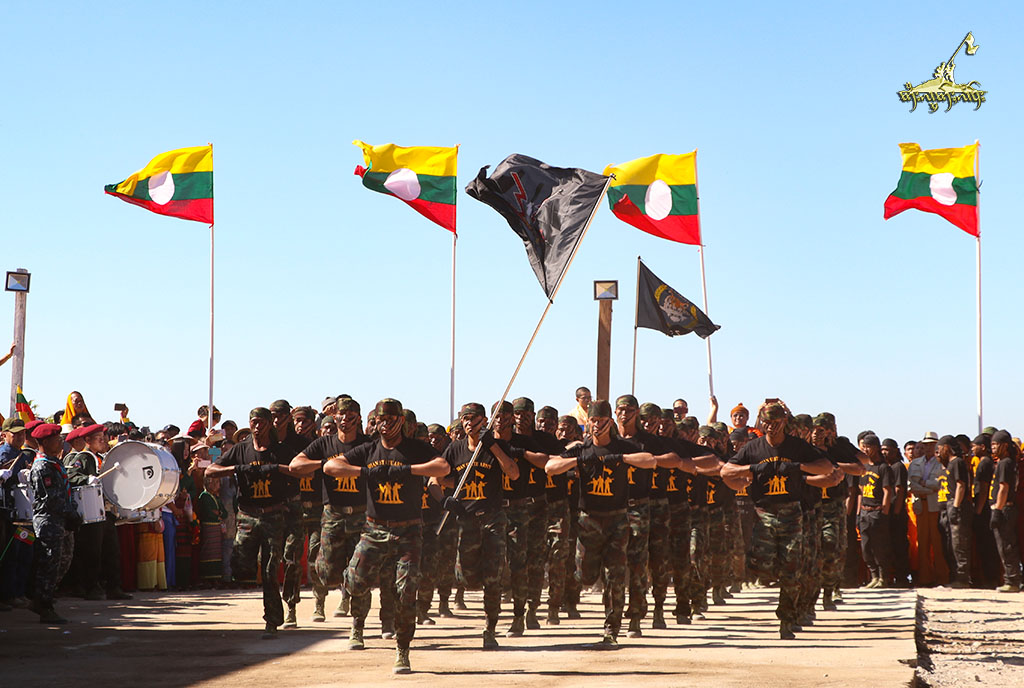 RCSS/SSAS force and Tatmadaw’s column (Burmese Military) fought this morning at Wan Nong Hee village of Mong Pan, southern Shan State. The clash stared at 9:45 am to 10:05 am which lasted 20 minutes was because Tatamadaw had crossed the territory of RCSS/SSA without informing to operate their activities according to sources from battles.

The instance occurred as No. (575), No. (520), No. (153) light infantries as a joined battalion of Tatmadaw trespassed on RCSS/SSA’s area with no prior notice given to the liaison office (of RCSS/SSA) that caused confrontation between two armies.

The details of the lost from both sides are still unknown yet. But the fight caused a blockage in transportation for the locals.

The joined battalion are operating under the command of 17th Military Operations Command (MOC-17) (of Mong Pan Township) and Eastern Central Command (of Middle Shan State), of Burmese Army.

The head-to-head battle between RCSS/SSA and Tatmadaw had just broke out once at Wan Loi Lem village, Mong Kung Township on 23 September after the unilateral ceasefire announcement period from Burmese Military had ended.